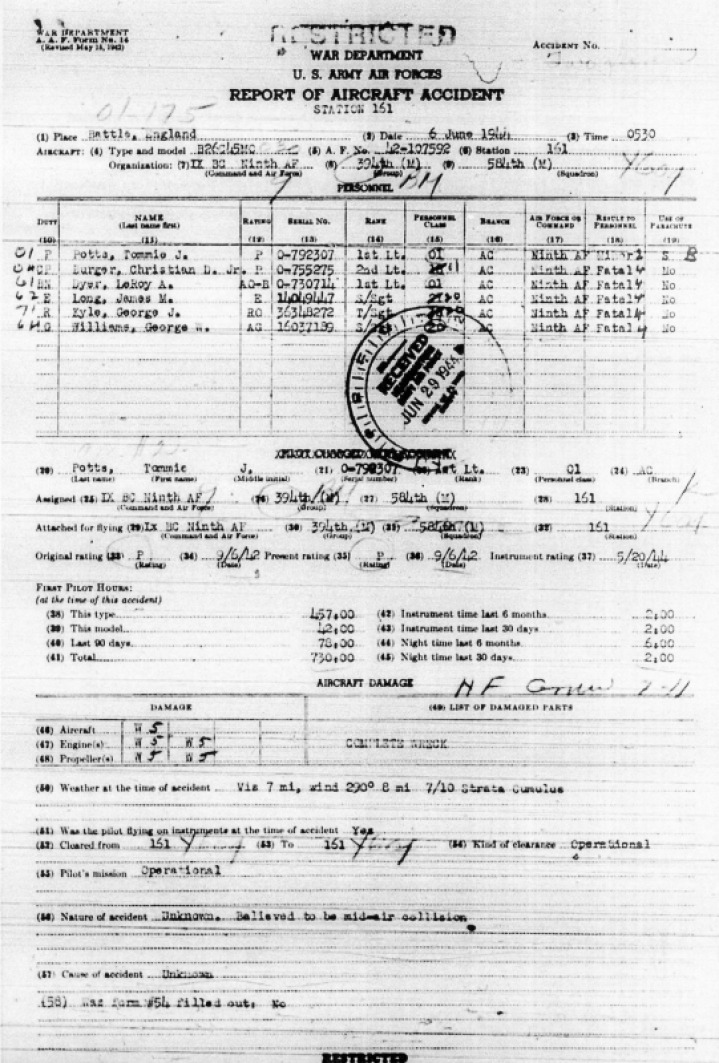 B26 flying formation on June 6 1944
note McCallum on the lower left, center. His notes from this mission appear on the home page 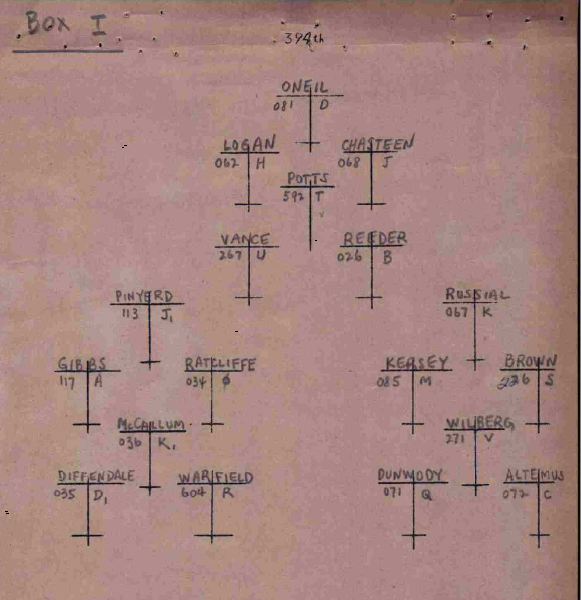 Built at the G L Martin factory at Omaha, Nebraska as a B-26C-45-MO, and accepted by the Army Air Force on 7th January 1944. Next flown by ferry pilots from Omaha, Nebraska (ATC) from 21st January 1944. Then went to the 3rd AF staging area at Hunter Field, Savannah, Georgia (from 29th January 1944). Flown overseas to the UK via the Southern Ferry Route, departing the USA on 11th February 1944. The aircraft was flown over from the USA as a replacement aircraft by 2nd Lt. Jay W Smith and crew (391st BG / 572nd BS crew). The aircraft was then assigned to the 394th BG / 585th BS, entering combat on 20th April 1944. Flew one mission with the 585th BS, then was transferred to the 584th BS, assigned to Lt. Potts, and named "Stinky". According to the aircraft transfer records this aircraft was received from the 320th service squadron on 5th May 1944. Involved in a mid air collision during formation over Battle, Sussex on the 6th June 1944 mission to St. Martin de Varreville, France. The aircraft experienced severe icing and went out of control crashing into 42-96249. The pilot 2nd Lt. Tommie J Potts managed to bail out and was the only survivor. The aircraft crashed at Ringletts Farm, Whatlington Level after the bomb load was jettisoned. The aircraft had flown 19 combat missions.