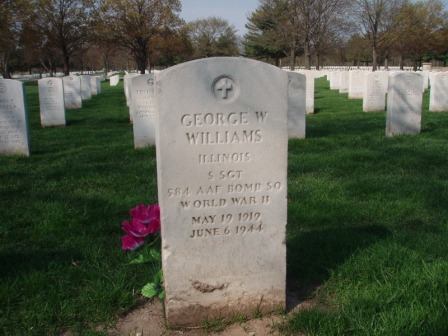 George W Williams was the son of George and Elsie Williams. He was an older brother to sister Harriet. On the 1920 United States Federal Census George is listed as living with his parents in Hampton, Rock Island, Illinois. In 1922 Harriet was born. By 1930 the family had lost their father George. George is found living with his widowed mother Elsie and sister Harriet in Chicago, Cook, Illinois. George enlisted in the army on January 3rd 1942 in Chicago. His service ID number was 16037189. He had 2 years of highschool and worked as a mechanic and repairman for motor vehicles. At the time of George's enlistment he was single with no dependents.

On May 17 of 1943 George was flying with the crew 41-18099 ER-V on a mission. The mission target  Ijmuniden.  Many planes involved in this mission did not survive, the 099 had and was headed back to England when it was shot down into the sea  at 12.18 hrs by the Feldwebel Niederreichholz of II/JG1. There were only two survivors of this plane, S/Sgt. Jesse H. Lewis and S/S George W Williams. They were picked up from their rubber dinghy on May 22nd 1943 by a  Royal Navy  vessell. 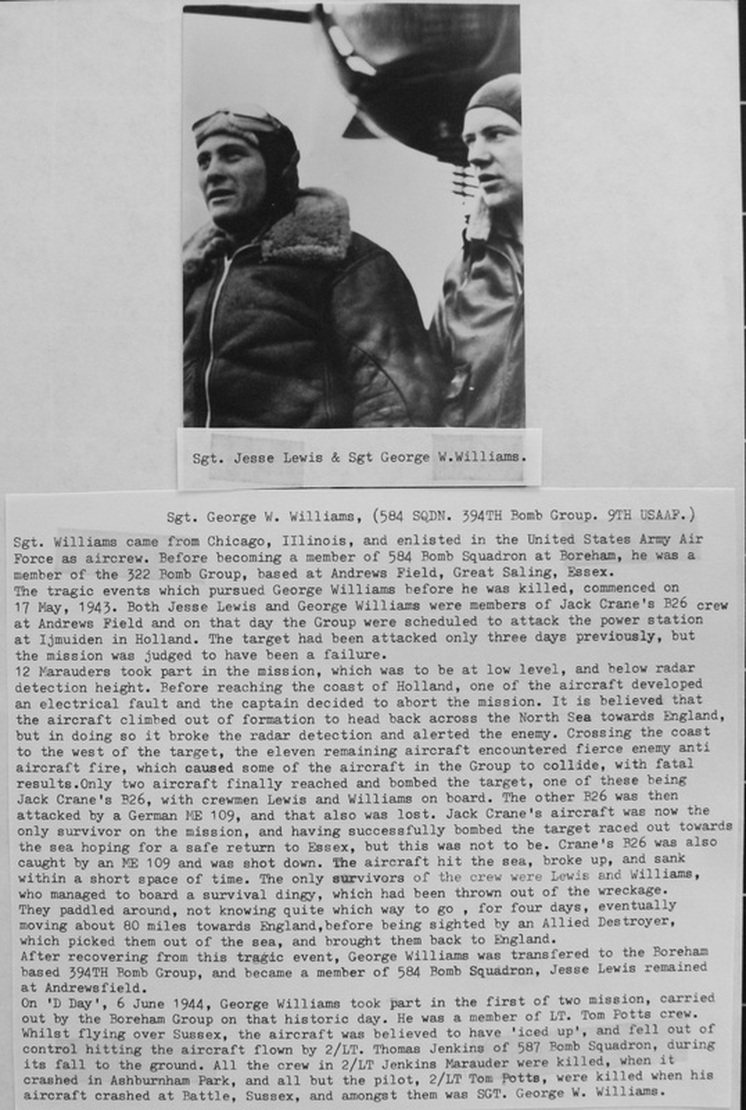 above taken from the research materials of the late  Bryan Jones