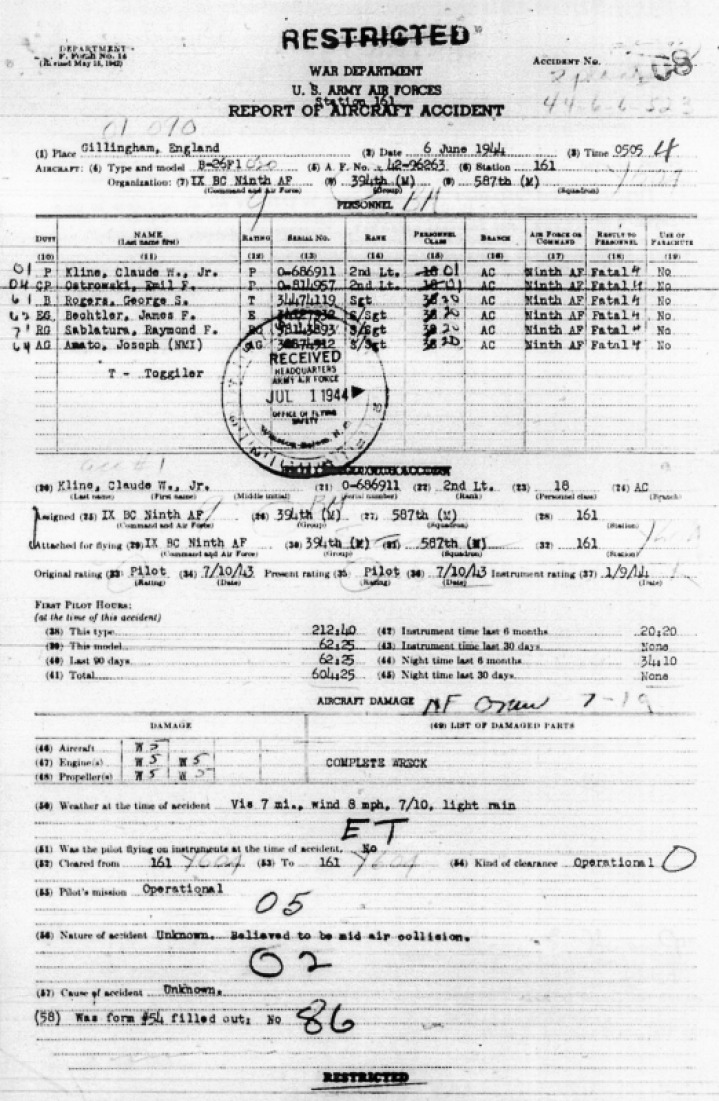 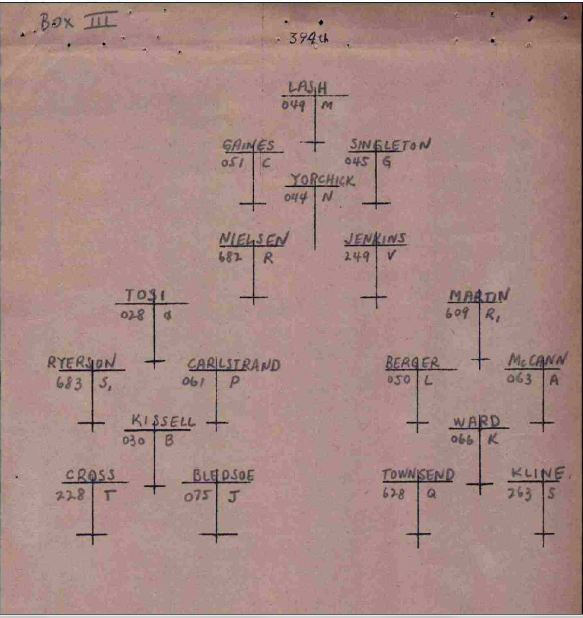 Built at the Glenn L Martin factory at Baltimore, Maryland as a B-26F-1-MA, and accepted by the Army Air Force on 28th February 1944. Next flown by ferry pilots from Baltimore, Maryland (ATC) from 1st March 1944, to the 3rd AF staging area at Hunter Field, Savannah, Georgia. Then went to Homestead Army Air Field, Florida on 8th March 1944, from where the aircraft was flown overseas to the UK via the Southern Ferry Route, departing the USA on 12thMarch 1944. Entered combat with the 394th BG / 587th BS as an early replacement aircraft on 24th May 1944. Collided in mid air with 42-96050 and crashed into an orchard at East Court Farm in Gillingham, Kent on 6th June 1944 during the morning mission to Gun positions at St. Martin de Varreville on the Cherbourg Peninsula, France. The pilot 2nd Lt. Claude W Kline, Jnr and crew were killed. The aircraft had flown 4 combat missions.