Tommie Potts was the son of Dr. Joseph Theodore Potts and his wife Marie Louise Parks Nolan. He was born on January 27, 1921 in Alabama and died in January of 1971. Tommie was a brother to Mary Elizabeth and Josephine. Tommie was the only man to have survived either the Gillingham or the Battle crash. Tommie had given orders for his crew to jettison the bombs that were on board the B26 and orders for the crew to bail out. Sadly the crew did not make it, but Tommie managed to bail out just before the crash. He was found wandering around calling out for his crew. He had saved many lives by these orders. 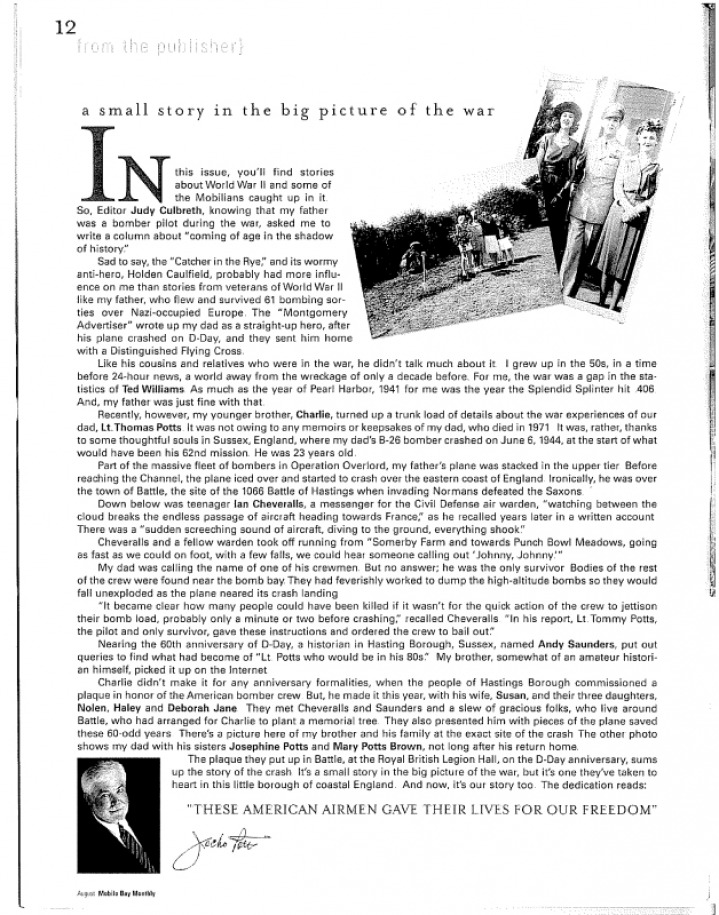 Article published with permission of Mr. T.J. Potts - Author of the article and son of Tommie Potts 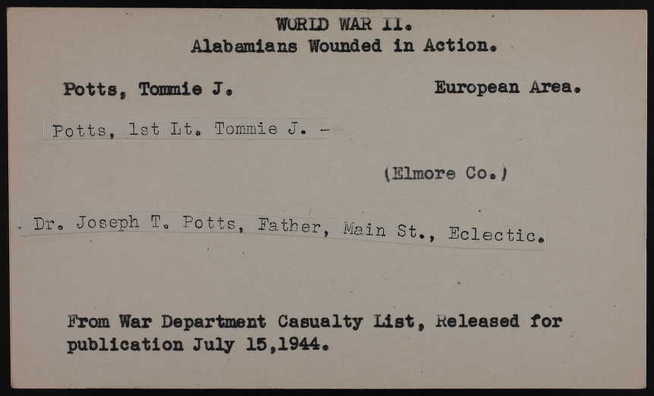