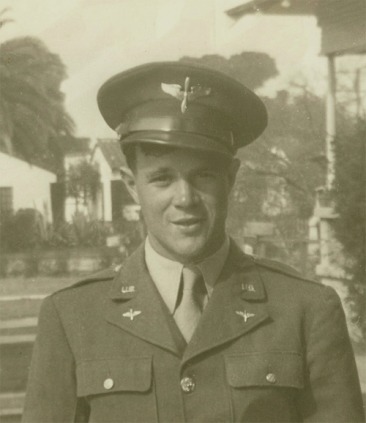 
Christian Douglas Burger was the son of Christian Darrell "Ted" Burger and his wife Katie Palmer. He was the eldest sibling of Jack, Louise and Turney Ray Eugene Burger. Christian was the grandson of Ira Sealy and May Burger. Ira and May had a large family of 12 children. Christian's younger brother Ira "Jack" Burger  fought in the Pacific Theater during WW II. He was electrocuted in 1948 during a severe snow storm in Oklahoma just before Christian's remains were returned to the U.S. Jack was just 25 at the time of his death, married with one child.

Christian  married Alma Louise Vineyard on September 23, 1940 and had one fourteen month old daughter at the time of his death. Alma was expecting their second child at the time. She would give birth to a son, giving the child a name Christian had choosen.

Christian was originally buried in England in the Brookwood Cemetery.  In January of 1949 he was brought home to rest beside his brother Jack in the Thomas Oklahoma Cemetery in Oklahoma.  In April of 1976 both Christian and Jack were moved to Pryor City Cemetery in Pryor, Mayes County, Oklahoma. They rest with their parents, Christian Darrell (Ted) and Katie Burger and their sister Louise and brother Eugene.

Information and photo's courtesy of the Burger family 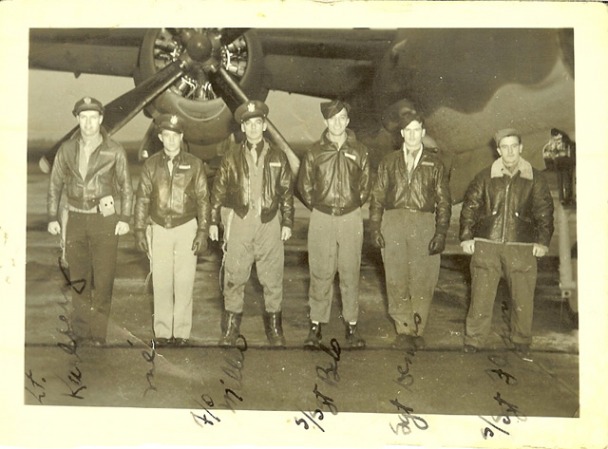 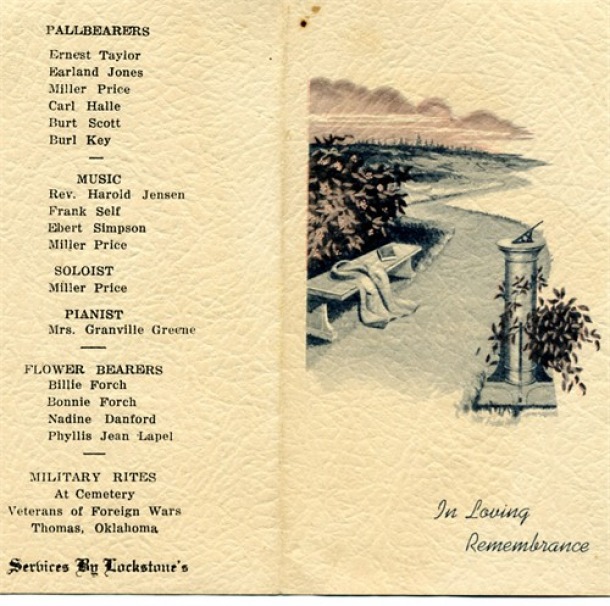 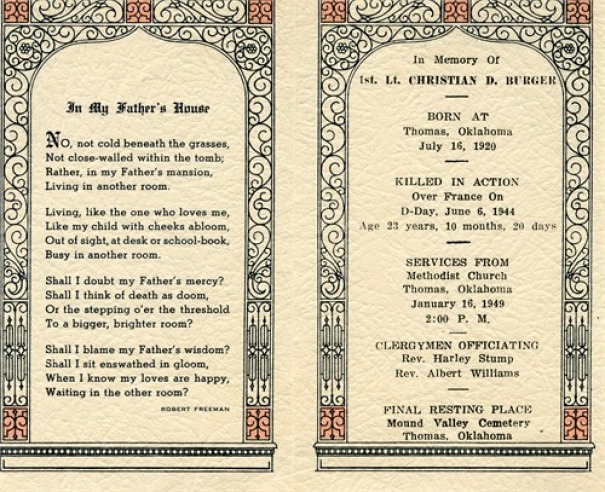