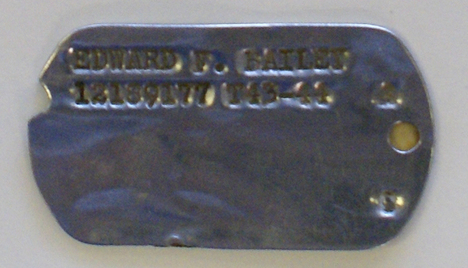 The dog tag was discovered in a box of research material in 2011, still in England. Through the efforts of Lori Oschefski, in Canada and Anne Brooker, in England, Edward's family was found in the United States and the tag was released to them.

Edward F Bailey was the son of James J Baily and his wife Edna Rose Willis. Edward was one of seven children. His older brother James Alvoid Bailey (born May 22, 1917) died April 20, 1945 in a plane crash in Sweetwater, Texas. Twenty five men were killed in this crash of a U.S.A.A.F C-47 Dakota transport aircraft. All but one of these men on board were returning home from combat in Europe.ll but one of the men onboard were returning homemcombat in Europe. 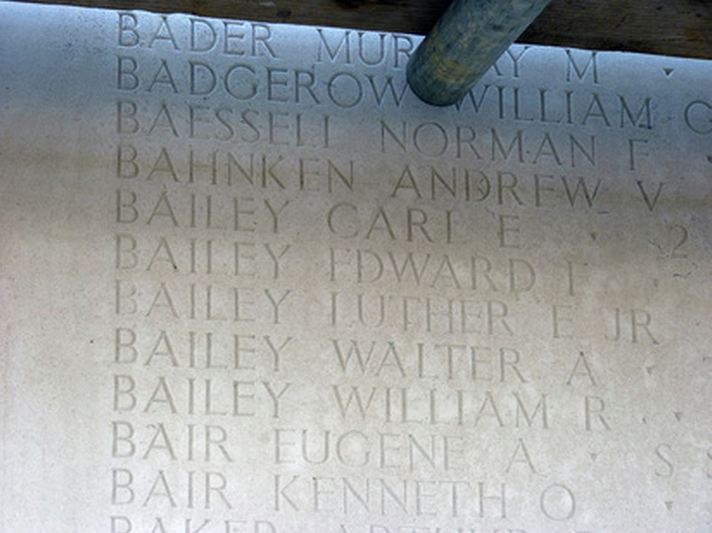